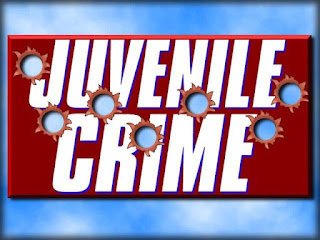 KANO, NIGERIA: A Chief Magistrates’ Court sitting in Kano on Tuesday, May 8, 2018, remanded a 16-year-old house wife accused of causing the death of her husband by poisoning him, in a children’s remand home.


The teen who cannot be named for reasons of her age is said to have committed the crime in her home village of Shittar, situated in Danbatta Local Government Area of Kano State, in Northern Nigeria.

She faces a one count charge of culpable homicide of her husband, one Auwalu Isah, 35.

The Prosecutor, Police Inspector Aluta Majinyawa told the Court that one Ibrahim Yahaya of the same address as the accused and the deceased, reported the matter at Danbatta Police Station on April 25, 2018. Giving the Court details of the alleged crime, the Prosecutor went on to say that the accused on April 22, 2018 at about 7pm, cooked her husband a meal and mixed some rat poison into the food. Said the prosecutor, “After the husband ate the food, he died instantly from food poisoning.”

The accused teen however pleaded not guilty to the charge which according to the prosecutor, contravened Section 221 of the Penal Code.

The Chief Magistrate, Hajiya Fatima Adamu ordered the remand of the teen in a children’s remand home and gave the date of June 7, 2018 for continuation of the case.

We shall continue to follow this story to bring to you the accused teen’s version of events.
Posted by Unknown at 2:41:00 am