Lend Your Voice to the Debate Teens: Are You in Support of the New Law in Nigeria that Criminalises Same-Sex Relationships? 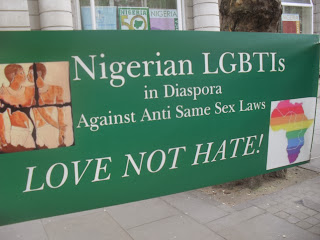 The news has sparked reactions on twitter under the hash tag #antigaybill. Lend your voice to the debate. Make your voice heard. What does the Nigerian teen think about this new law?
Posted by Unknown at 10:01:00 pm